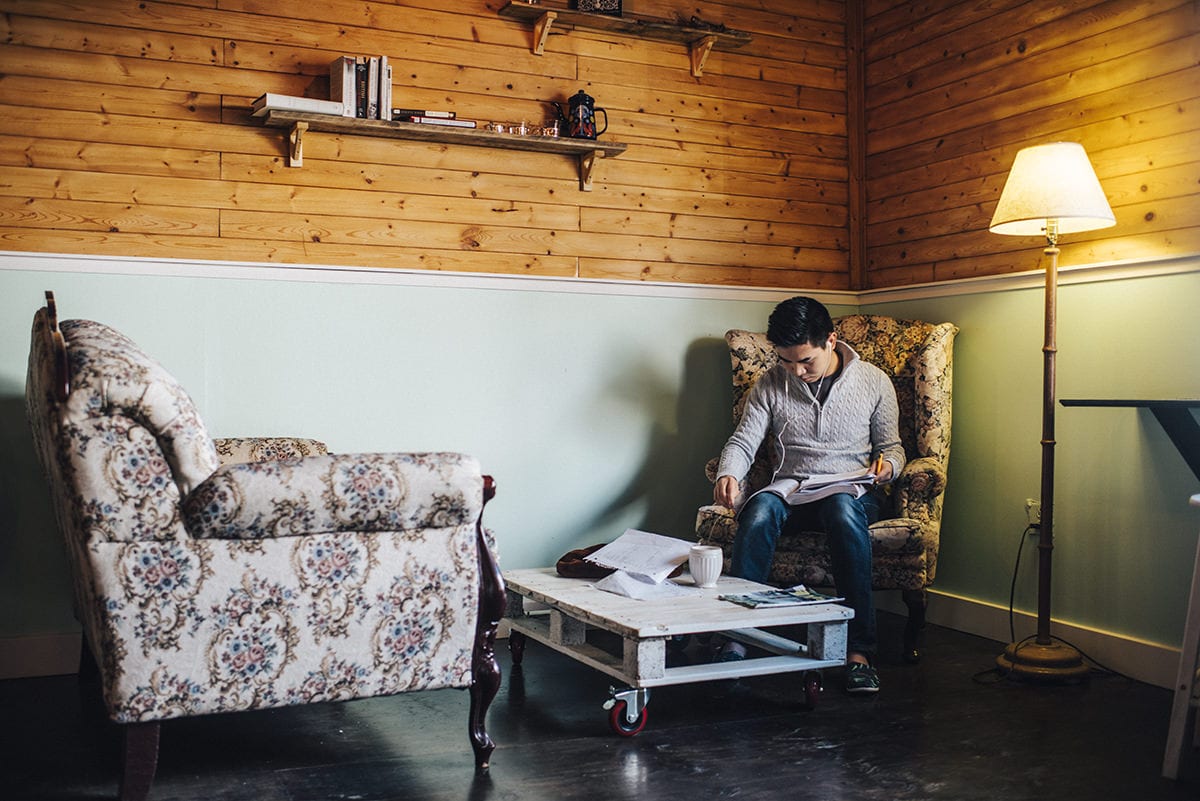 There’s no getting around the fact that food costs are relatively high in Yellowknife, thanks to the city’s sub-Arctic location. But you will find a wide selection of food resources that easily compare with any southern centre, and a surprisingly varied and sophisticated restaurant scene that has seen a lot of growth and increased culinary sophistication in recent years. As well, there’s a small but vital foraging scene, in which residents are beginning to tap the resources of the surrounding bush and boreal forest for local delicacies like mushrooms, berries and reindeer moss.

Other food shopping resources include:

Kim’s Confectionery, in the downtown core, looks just like an average convenience store, but is home to a surprisingly large selection of pan-Asian foods, spices and mixes.

Luluz Market, a very high-end, gourmet-oriented store that offers a wide range of foodie goods and appliances. It has a wide range of European cheeses and well-selected delicatessen products, as well as rare and exotic ingredients and high-end kitchen wares.

Northern Fancy Meats is a high-end butcher, offering a wide variety of meats and cuts, along with seafood and deli goods.

Walmart, on the Old Airport Road, offers a limited selection of canned and dry goods, often sold at high discounts. The city’s restaurant scene is large and varied, with nearly 50 restaurants — depending on the season — delivering a range of cuisines you won’t find in many other towns this size. It has seen a  lot of growth in the last couple of years, with trademark chefs such as Robin Wasicuna (Twin Pine Diner) and Etienne Croteau (Flavour Trader) helping to elevate standards and push adventurous eating. Meanwhile, local cafe culture recently took a big step forward with the opening of two hip, independent coffee stops, the Fat Fox, and the Indigenous-owned and operated Birchwood Coffee Ko, which have joined longtime favourite Javaroma in the downtown area.

And the city’s multicultural mix is increasingly represented, with first-rate Ethiopian food (a big hit with the city’s vegetarians), Chinese Hotpot, Filipino and Vietnamese among the standouts. There are plenty of family-friendly mid-range options, from chains such as Boston Pizza to the venerable Gold Range Bistro, and of course the city is home to several fast food chains, from McDonalds to A&W to Tim Hortons.

In recent years, the city has joined the food truck phenomenon during the summer season, with several operators offering Thai and Indian cuisine, along with local fish tacos and smoked meat sandwiches. Also opening up the city’s food options is the annual Yellowknife Farmers Market, an eco-conscious, organic-minded festival which runs from June to September in Somba K’e Park on the shore of Frame Lake. Over 60 vendors gather every Tuesday for a smorgasbord of local produce, artisanal baked goods, prepared meals and arts and crafts. Yellowknifers gather by the hundreds to shop and meet up, and take a seat in the park for a bite to eat.

For high-end restaurant dining, there are several options, including Thornton’s On 51st, which offers tapas-style dining, and the Explorer Hotel’s Trader’s Grill, which specializes in steak, but also delivers a wide range of options and internationally-themed special occasions. The Old Town’s iconic Bullocks Bistro recently changed hands but is still offering up world-famous local fish, while the town’s most historical restaurant, The Wildcat Cafe, is a popular summer spot for tourists and residents.

A regularly updated source of information on the city’s dining scene is the public Facebook group Bite Me Yellowknife, which offers a comprehensive collection of menus, contact information and often lively debate.

Don’t Have A Cow: The YK Veggie Guide To Dining Out

Meat Creep: Is Yellowknife Really The Place Where Vegetarianism Dies?

Inside The Fat Fox

YK Patio Season: A Guide To Eating (and Drinking) Outside

Wild Food: Can The NWT Learn From Denmark? Yellowknife’s nightlife is evolving slowly from the city’s two-fisted blue-collar mining roots. The 2015 opening of The Woodyard, a local brew-pub in Old Town offering a carefully curated collection of craft beers and its own locally made, award-winning brews, has immediately raised the level of drinking establishments in the city, while Shout, a second downtown nightclub, has given more options to the city’s dance crowd. The Explorer Hotel’s Trapline Lounge offers a fairly sophisticated atmosphere, as does the bar and lounge at the recently opened Chateau Nova, with two fireplaces and a wraparound bar.

Otherwise, many of the city’s bars and lounges offer fairly standard experiences, highlighted by the local ritual of Wednesday wings night, which sees most nightspots offering baskets of chicken wings by the truckload. Many host open mike nights and live music, while the Top Knight, upstairs at downtown’s Black Knight pub, is frequent host to special cultural events from readings to burlesque shows to touring music acts.

Notable exceptions for the adventurous include two infamous establishments. The Gold Range, perhaps the North’s most famous bar, has been immortalized in literature, most notably in Canadian author Mordecai Richler’s novel Solomon Gursky Was Here, and is a one-of-a-kind cultural experience that links back to the city’s hard-living ways. Most Yellowknifers have at some point ended at least one wild night out with a bout of two-stepping to the Strange Range’s famous house band Welder’s Daughter. Not for the fainthearted or prudish, Harley’s Hardrock Saloon is a long-running independent strip club known for its colorful clientele and old-school atmosphere.

Cheers: The Woodyard Makes Its Debut

Where the (Draft) Beers Are