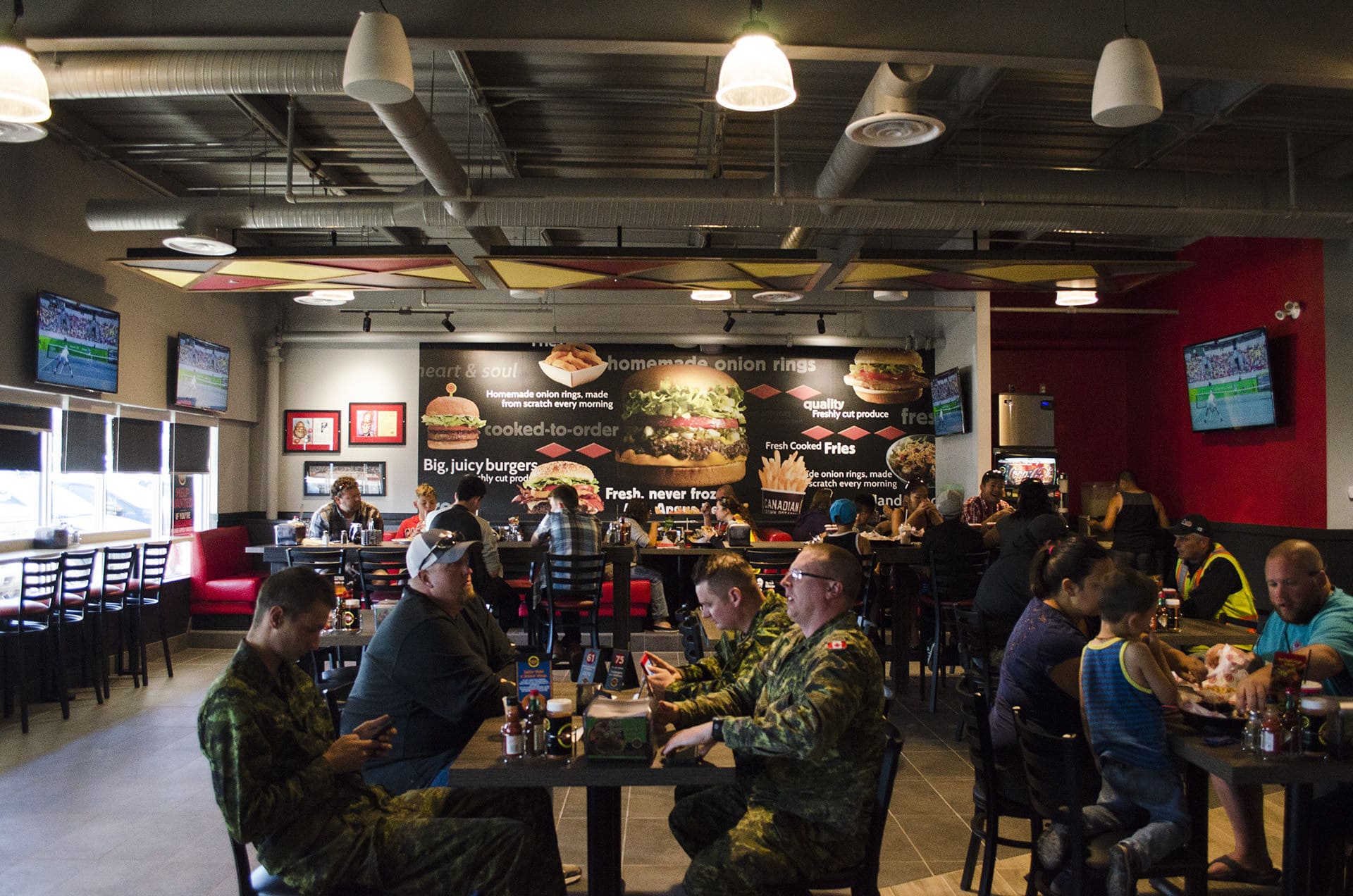 How much is that Big Mac, relatively speaking? What the cost of our burgers, pizzas and footlongs tells us about our cost of living

With the opening of Fatburger this weekend at Stanton Plaza drawing huge line-ups, we thought it was time to dig into Yellowknife’s fast food reality. Those drooling crowds — and the freaky outpouring of emotion about the closure of downtown YK’s KFC last year — make it clear: this town likes its food fast, greasy and franchised. And fast food isn’t just an obesity-inducing crowd-pleaser; its far-flung, industrial-scale uniformity and standardization make it an excellent tool for analysis of subjects such as cost of living.

For instance, if you’re an average Yellowknifer making an average Yellowknifer’s way-above-the-national-average salary, you should be able to gobble down a Big Mac Meal every 19.9 minutes, granted you don’t spend your money on anything else. That’s compared to those suckers over in Whitehorse, who on average have to work 24.8 minutes to afford their Big Mac Meals — not to mention our average friend in Montreal, who toils 34.5 minutes for his or her juicy fill of bun, meat, bun, meat, bun, with a side of fries and Coke.

Turns out Yellowknifers, at least when it comes to fast food, don’t have it all that bad. Sure, things cost a bit more. But, on average, we make way more than our Tim’s-swilling, footlong-munching pals elsewhere in the country.

Of course, the “we make more” argument doesn’t always fly — some goods are steeply overpriced (hello, rent), and it’s always going to be tough for those of us making far less than Yellowknife’s wage average, bloated as it is by government salaries. But when you focus on some specific industries, the “average” Yellowknifer doesn’t appear to be doing as badly as our frequent howling about cost of living might suggest.

For our ultra-scientific analysis we chose three reference points: Moose Jaw, a southern Canadian city in the same population ballpark as us, Montreal as our big city, and Whitehorse, because who doesn’t like perpetuating the old sibling rivalry. Our salary data is from 2011, so it’s admittedly outdated. But we’ve used the most recent National Housing Survey data available for all four cities.

Here’s what we found:

Before taxes, Yellowknife and Whitehorse are trading places for the most expensive, with Domino’s and Tim’s generally costing more in Yellowknife (though some items cost less), while Subway, McDonald’s and A&W cost more in Whitehorse. Quiznos costs the same both places.

Here’s a cross-section looking at a few popular items:

Once you add taxes, Yellowknife, with its low tax rate of 5 percent, starts performing even better:

Here we are compared to Whitehorse alone, across a broader range of items:

At first blush, it was surprising to see fast food in Whitehorse generally costs a bit more. It does make sense, though: Whitehorse is 1988 kilometres from Edmonton, the nearest major Canadian city and distribution hub, while Yellowknife is 1453 km from Edmonton. But it goes against the chip-on-the-shoulder conventional wisdom many Yellowknifers have to see our sister city to the west as being a more “southern” (perish the word!) kind of place.

The real fun comes when you start breaking it down into the number of minutes you have to work to afford different products.

Or put another way, if you wanted to forgo shelter and other necessities, and spend literally all of your money on 12” Hawaiian Pizzas, which seems like a reasonable life choice, you, as the average Yellowknifer, could purchase 3591 pizzas, or 9.8 a day. That’s compared with those average saps in Moose Jaw, who would have to survive on 2316 pizzas all year or a mere 6.3 pizzas a day.